The Eternally Present and Future Leadership in North Korea 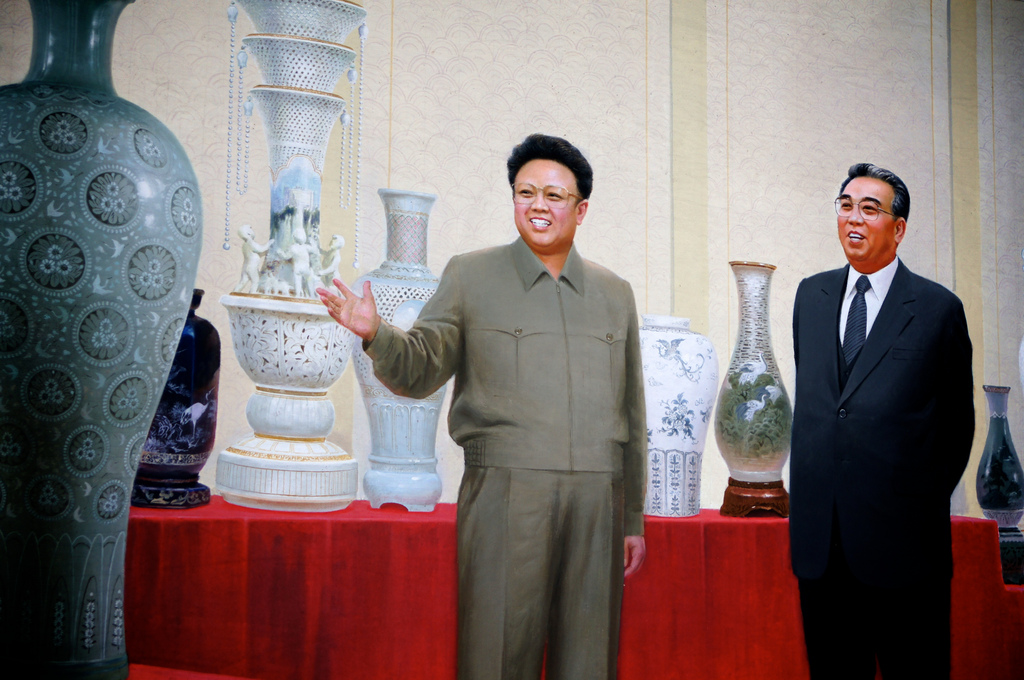 There was an interesting contrast last week on the Korean peninsula as South Koreans went to the polls to democratically elect members for its National Assembly; conversely, North Korea had two meetings to put into place its new leadership structure. Unlike in South Korea where the results were difficult to predict, in North Korea, the predicted outcome occurred with Kim Jong-un being formally given titles to lead the party and the military. The promotions last week offer some possible ideas on leaders that could be significant under this new regime. There were also a few statements and actions suggesting that some in the North Korean leadership know they are not where they need to be as a country. However, prior statements by North Korean leaders indicating reforms could be in the offing have been followed by either the failure to follow through or actions which undercut the prospect of reform. Whatever policies and actions come out of North Korea from now on, they will be associated with Kim Jong-un and this new leadership.

With the Fourth Conference of the Workers’ Party of Korea (WPK) and the Supreme People’s Assembly meetings last week in North Korea, Kim Jong-un was officially given titles to run the Party and the military. Moreover, Kim Jong-il now has two posthumous titles, Eternal General Secretary of the Workers’ Party of Korea and Eternal Chairman of the National Defense Commission (NDC). With these new titles for Kim Jong-il, Kim Jong-un had to settle for First Secretary of the Workers’ Party of Korea and First Chairman of the National Defense Commission. He also was named Chairman of the Central Military Commission. KCNA reports noting that decisions were made regarding revising Party rules and the Constitution of the DPRK suggest these documents now reflect these new titles and connections to leadership positions within North Korea, with Kim Jong-un at the head of the Party and military.

Kim Jong-un’s living family connections will be significant as well. His aunt and uncle, Kim Kyong Hui and Jang Song Taek, are seen as vital players in the new leadership. Jang Song Taek joins his wife in the Political Bureau of the WPK, and Kim Kyong Hui got another position in the Party as a secretary in the Secretariat. The key factor will be if Jang Song Taek and Kim Kyong Hui work to help Kim Jong-un and protect him or if they will use their position and influence with their nephew to manipulate power to address their own desired policies.

Beyond Kim Jong-un’s family, a few new leaders are beginning to emerge in the upper elite of North Korean leadership. Announced the day before the Workers’ Party Conference, Choe Ryong Hae was promoted to Vice Marshall in the North Korean Army. The next day he was named Vice Chairman of the Central Military Commission. After the Supreme People’s Assembly, he received a position as a member of the NDC.  As a relatively young leader at 61, Choe’s rise should be watched closely. In fact, Choe Ryong Hae has been listed ahead of Ri Yong Ho in at least three recent KCNA articles. Vice Marshal Ri is a Vice Chairman on the NDC and has often been seen next to Kim Jong-un during his visits and meetings.

Kim Jong Gak was also promoted to the Minister of the People’s Armed Forces. Replacing Kim Yong Chun, Kim Jong Gak is seen as another rising power player and was one of the men walking next to the car carrying Kim Jong-il during the funeral. He was promoted to Vice Marshal in the Korean People’s Army in February 2012, and it has been rumored that he might be one of the people tutoring Kim Jong-un on how to use Party mechanisms to control the military.

In addition to these moves, North Korean leaders made a couple short statements suggesting they understand North Korea is not as developed as other countries in the world. Choe Yong Rim, Premier of North Korea, stated in front of the Supreme People’s Assembly: “It is the most important target of the struggle set by the WPK for this year to bring about a signal improvement in the people’s standard of living.” Kim Jong-un was also recently quoted as saying: “It is the firm resolution of the Workers’ Party of Korea to enable our people, the best people in the world who have remained loyal to the party, overcoming all difficulties, to live, without tightening their belts any longer, and fully enjoy wealth and prosperity under socialism.” However, there are numerous quotes in the past from North Korean leaders suggesting a desire to reform and change. It will be the actual actions this new leadership takes that will matter, rather than statements that could be possibly made to sound good for and gain benefits from the international community.

The new leadership announced last week can no longer hide. The big public events in North Korea following the death of Kim Jong-il and connected with the celebrations for the 100th anniversary of Kim Il-sung’s birthday are now over. Both the February 29, 2012 deal between North Korea and the United States and the missile launch both seemed to have started under Kim Jong-il. As much as Kim Il-sung and Kim Jong-il are eternally present in North Korea, decisions and actions from now on will be connected with Kim Jong-un and this new leadership.