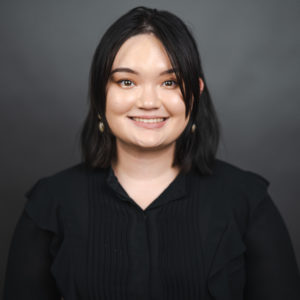 Kaitlyn King is a graduate student at George Washington University, studying International Affairs with a concentration in Asian Studies. She received her BA in International Relations with a minor in East Asian Languages and Cultures from the University of Southern California. Her research interests include inter-Korean relations and ROK-U.S.-Japan foreign policy, with a particular focus on historical and cultural impacts on policy. As part of her undergraduate studies, Kaitlyn has researched the impact of political memory on South Korea-Japan trade in the twenty-first century.

The Potential for Japan-South Korea-US Trilateral Cooperation Through IPEF

This article was published on The Diplomat on September 6, 2022. Earlier this year, U.S. President Joe Biden introduced the Indo-Pacific Economy Framework (IPEF) as a new approach to connecting transpacific economies…

South Korea’s bid to host the 2030 World Expo in Busan is part of the national agenda. In its efforts to win the expo, Seoul is looking to leverage its strengths, including its business networks and naming BTS as official ambassadors, to make up ground in what may be a long shot bid against the…

On July 4, the foreign ministers of South Korea and Mexico agreed to expand economic cooperation. Building on the resumption of free trade agreement negotiations earlier this year, the two nations emphasized economic security and supply chains as areas for increased collaboration. In addition to directly responding to global concerns over the COVID-19 pandemic’s ongoing…

President Yoon Suk Yeol announced on July 5 that South Korea will expand its nuclear energy production to more than 30% of total electricity creation by 2030 from the current level of 27.4%. This is part of a broader plan to use nuclear, hydrogen, and renewable sources of energy to decrease fossil fuels as a…

South Korea’s political parties appear to be renewing their focus on identifying key voting blocs. The Democratic Party’s (DP) promotion and removal of 26-year-old women’s rights activist Park Ji-Hyun may reflect this effort in action. However, the identity of the leader still plays an outsized role while bottom-up demands often go unaddressed. 2022 marked the…